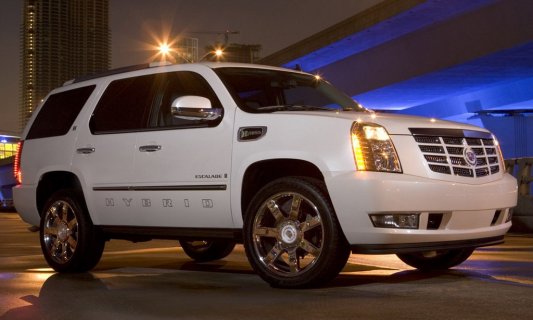 January 16, 2008 We’ve written before about the coming of Fisker Automotive and its highly credentialed designer/CEO Henrik Fisker, though we weren’t exactly expecting a hybrid when the premium sports car company announced its first production car at NAIAS. The Fisker Karma is a four-door plug-in hybrid with a solar panel roof, regenerative braking, a light weight body, does 0-60 mph in less than 6 seconds and will have a top speed beyond 125 mph when it goes on sale late in 2009 for a projected US$80, 000. The drive train is entirely electric though the car has a small gasoline engine that runs the generator, which charges the lithium ion battery pack. This allows the car to be driven for up to 50 miles a day provided the car is charged every evening.

The Karma plug-in hybrid sports sedan will begin initial deliveries in Q4, 2009 and an annual production of 15, 000 cars is projected. The first 99 cars off the assembly line will be individually numbered and signed by Henrik Fisker and will be produced in the color and trim of the show car seen at NAIAS.

In Buddhism/Hinduism, Karma is defined as the force generated by a person's good or evil actions which determines the nature of the person's next existence. The Fisker Karma allows consumers to practice good Karma – driving a car that is environmentally friendly – without sacrificing the extreme comfort and style of the luxury automobile category.

When will the hybrid sports car be available?

The new BMW hybrid sports car will hopefully hit the market in 2013! Its 356-horsepower and 4.8 second 0-60 speed has speed freaks sitting up and taking notice that there may actually be a car out there that is both economical and fast!