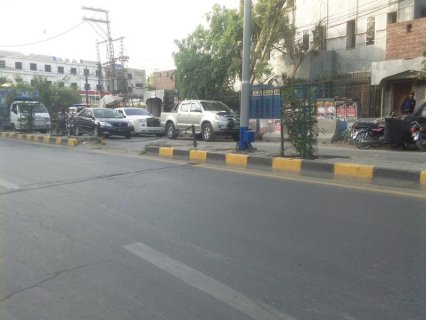 According to World Bank Database, Pakistan has 57 motor vehicles per 1000 people in the country. Although compared to Western European, East Asian and North American countries, this number is not very high but taken into account the fact that 60% of Pakistani population lives in villages, this number becomes very significant. The country has an extensive network of highways, primary arteries in the city and secondary roads which for the most part have an excellent quality and are well-maintained. In terms of vehicle ownership, major urban population centers like Karachi, Lahore, Islamabad and Rawalpindi are no less motorized than any other major city in any other country. These cities have circular roads as well as expressways and a big percentage of people commute to work and possess a vehicle.

Since the independence in 1947, the European (mostly British) and American models were gradually replaced by Japanese brands during the 1960s and 1970s and as of now a vast majority of vehicles in Pakistan is Japanese made, assembled, designed or imported. The most popular motor vehicle brands are Honda. Toyota and Suzuki. The most easily found Toyota vehicles are Corolla and Corona, for Honda they are Civic and Accord and for Suzuki they are Alto, Swift and Baleno. The most frequently found body type for Toyota and Honda cars is the 4 door sedan while although Suzuki has the sedan body type for Baleno, the most well known body type remain the hatchback.