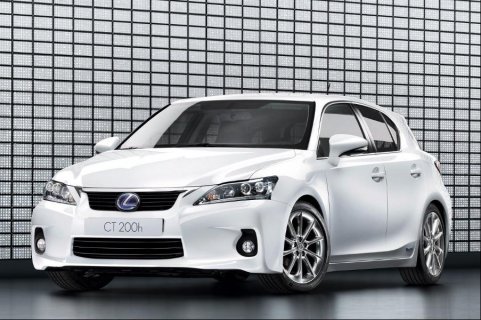 The CT200h is a Lexus though, so naturally, that is only the beginning.

A 1.8-liter four-cylinder gasoline engine and a pair of electric motor/generators energize the 2012 Lexus CT 200h. Combined output is 134 horsepower. Power is sent to the front wheels through a continuously variable transmission (CVT) developed specifically for hybrid powertrains.

Technically a 2013 model, the new Lexus ES 300h was introduced fairly early in 2012, so we’re including it here on our list of high MPG luxury cars for 2012. One of the best-selling Lexus models, applying hybrid technology to the mid-size front-drive sedan will, in all likelihood, serve only to make it even more desirable.

The powertrain of the 2013 Lexus ES 300h is comprised of a 2.5-liter four-cylinder engine and an electric motor, which together produce 200 horsepower. Front-wheel drive and a continuously variable automatic transmission (CVT) are standard equipment.

The Best of Tuning and Luxury cars Tribute - with videos