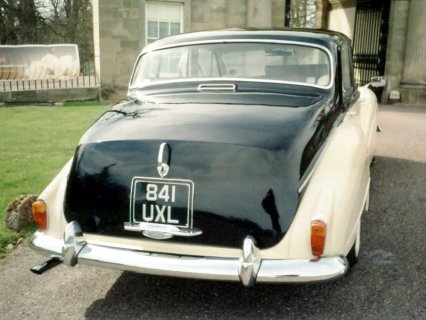 Interesting fact; all British cars currently sold in North America, except Mini, are luxury models. And, in truth, no other country does luxury cars like England. With their long history of hand craftsmanship, the likes of which is readily discernable in the models from Aston Martin, Bentley, and Rolls-Royce, these cars are truly distinctive. Another interesting fact; while all are manufactured in England, only one (Aston Martin) is currently owned by a British company. Volkswagen of Germany owns Bentley, Tata Motors of India owns Jaguar and Land Rover, while BMW of Germany owns Rolls-Royce.

One of the things the Brits do very well is blend luxury and performance, and nowhere is this more evident than the superbly crafted Aston Martin DB9. With heritage going back to the Aston Martin DB1 of 1948 (named for the then owner of Aston Martin, David Brown), the DB9 is the most iconic Aston model in the product range. Routinely numbered among the most beautiful cars in the world, the Aston Martin DB9 is an outstanding example of British luxury cars. The DB9’s 510-horsepower V12 makes 457 ft-lbs of torque. Pricing starts at $183, 700.

The Aston Martin Rapide S is both sleek of line and highly refined. So deftly does its appearance blend in with the rest of the Aston Martin lineup (all coupes), at first glance you might miss the fact it is a four-door sedan. From the impeccable outfitting of its interior, to its outstanding performance potential, the Aston Martin Rapide S is a singularly luxurious automobile. Power comes from a 5.9-liter V12 producing 552 horsepower, 457 ft-lbs of torque, and a zero to 60 of just over four seconds. Pricing starts at $198, 250.