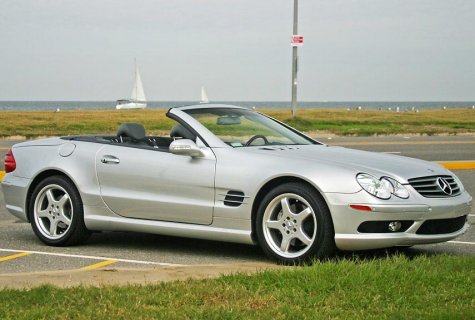 Buying a Car: Should You Get a Used Luxury Car for Compact Car Money?

If you're interested in buying a car, you've probably discovered that many used luxury vehicles are available for the same price as many new compact cars. And that begs the question: Should you get the compact that's been so positively reviewed online? Or should you throw caution to the wind and buy that luxury car you've always wanted, even if it's a few years old? We've listed a few pros and cons of both decisions.

In Favor of the Compact Car

For most shoppers, the compact car is the better choice, even though it's rarely as exciting as the luxury model. There are several reasons why this is the case.

One is the warranty. While a new compact car that costs $20, 000, for example, will include a long manufacturer warranty, most luxury vehicles available for that same amount are long past their warranty periods. The result is that you'll be paying out-of-pocket for any repairs to the luxury car. And since it's an expensive vehicle from a high-end brand, those repairs likely won't be cheap.

Another reason you'll probably want to go with the compact is that financing will be much easier to obtain. Many banks and finance companies won't provide loans for a vehicle that's more than a few years old. In some cases, financing extends to seven or more years, but many times, the cutoff period is less than that. As a result, you might not be able to find financing for the used luxury car of your dreams.

The final reason you'll probably prefer the compact car is technology. While you may think a 7- or 8-year-old Mercedes or BMW will have all the latest gadgets, the truth is that a brand-new Honda Civic or Toyota Corolla probably includes more tech features. That's especially true when it comes to music, navigation and mobile compatibility.

In Favor of the Luxury Car

The biggest reason you'd want to go with a used luxury car over a new compact car is status, of course, and that's hard to argue against. After all, a new Nissan Versa or Ford Focus just won't have the same presence as a BMW 7 Series or Mercedes-Benz S-Class, even if the two cars cost the same amount. For that reason, many shoppers choose used luxury cars over new compacts.