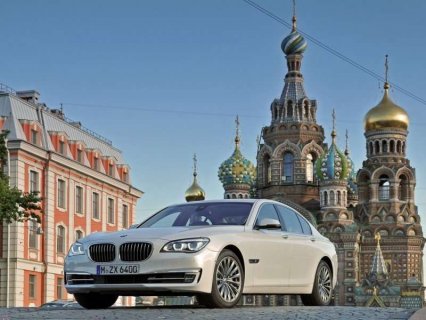 Vehicles Under $50k That Hold Their Value The Worst

Affluent status-seekers pay quite the premium to get into exclusive luxury cars—like the $119, 975 Jaguar XJL Supersport or $216, 205 Mercedes-Benz CL 65 AMG.

You'd think that the image and prestige of such models would be sought-after on the used-car market, too. But the moment these models are driven away from the dealership, their values go off their own fiscal cliff. A Jaguar XJL Supersport, for instance, will lose $50, 485 of its $119, 975 MSRP in the first year; while the CL 65 AMG will typically shed $95k of its $216, 205 MSRP in the first year—or a whopping total of $160k of it in the first three years.

The reason? By the time they're three to five years old, they're just used cars. And on the used-car market they're subject to an entirely different set of shopper priorities.

“There’s a lot of blue sky in the value of vehicles and the prestige and the image, and that’s much more true of them when they’re new, ” said Eric Lyman, vice president for editorial at ALG, a leading authority for vehicle value information. “Part of the prestige is owning the latest and greatest, and there’s a premium you’re paying for that.”

On the used-car market, that premium pretty much vanishes. So does most of any premium you've paid for cutting-edge advanced-technology features like a heads-up display, active cruise control, or parking assistants—or even that fancy touch-screen infotainment system that pulled you in for thousands more.

Back in the real world—for those who don’t have their own personal detailing crew—depreciation matters. The residual values from ALG, which predict value as a percentage of the vehicle's original MSRP, usually at three years, have become the industry standard for the vehicle finance industry—meaning that altogether you can get a pretty good picture of what you'll be able to get for your vehicle at trade-in time.

Residual values are also important if you plan to lease a vehicle, as they determine the amount of your monthly payment. “So if you get a vehicle that has a high residual value, your payments will be lower, ” emphasizes Eric Ibara, director of residual consulting at Kelley Blue Book. And at the same time, you'll be driving a more in-demand vehicle, so it's a win-win.