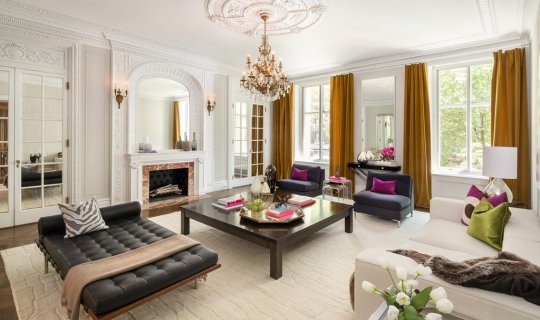 The prices of new developments in New York City go up, up, up. Photograph: Joe Woolhead/AP

It’s not that the city is selling more apartments than pre-2008. They are selling for a lot more due to a market starved of inventory.

The median closing price per square foot for Manhattan has been on the rise for the past 10 quarters, according to Compass, which tracks the changes in prices on quarterly basis. At the end of 2014, the average price per square foot reached $1, 459 exceeding pre-recession peak by 19.1% and is the highest it’s ever been, says Sofia Song, head of research and external affairs at the company.

“The [real estate] market peaked in the second quarter of 2008. At that time, there was a lot of new development products and when Lehman collapsed in September of 2008, we still had some projects that were on the market but in 2009 everything dried up. The pipeline for the new development projects just dried up. Developers couldn’t get construction loans or revenue for a lot of projects. A lot of condos went to rental. A lot of projects got stalled or canceled.”

“In 2012, there was just such a growing demand for product but there was none to be had. The few projects that did come onto market did exceptionally well, ” explained Song. “That’s when projects started to get planned.”

As a result, 2013 brought with it more new apartments as did 2014. In 2015, even more new apartments are expected to come onto the market. Additionally, many of the condo projects that went rental are now reverting back to condos. That’s still not enough. According to the Compass market report, Manhattan’s real estate marketplace is still struggling with supply. At the rate that the available apartments are being sold, the city is left with just about eights months worth of supply at the moment.