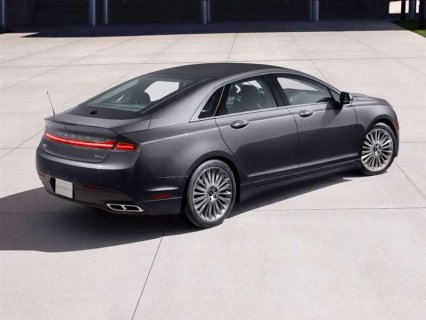 With the debilitating effects of the economic crisis firmly in the nation’s rearview mirror and new-car sales firing on all cylinders, the 2014 model year is serving up an engaging array of new and fully redesigned models, ranging from family sedans and plush luxury cars to hot sport coupes and utilitarian pickup trucks. We’re featuring 15 of the most noteworthy new models in the accompanying slide show and in the text below. While all are significant, two new breakthrough autos will likely dominate the discussion for several months to come, namely the Chevrolet Corvette Stingray and the Mercedes-Benz S-Class.

Long known as “America’s sports car, ” the iconic Chevrolet Corvette is a big story if for no other reason because new versions are so few and far between. It’s entering only the seventh generation in its storied 60-year history with a major 2014 redesign. Said to share only two components with the outgoing model, the re-imagined ‘Vette brings back a revered name from the car’s Golden Age: Stingray.

Coming in both coupe and convertible versions, the 2014 Stingray’s exterior is radically recast with composite and carbon fiber body panels, yet it bears a certain familiarity that makes it instantly recognizable as a Corvette. Low slung and with the requisite curves and creases it looks like a Hot Wheels toy car come to life, but with performance that should give some exotic sports cars a workout for far less money, starting at just $51, 000. A revamped 6.2-liter V8 engine puts an estimated 450 horsepower and 450 pound-feet of torque to the pavement through the rear wheels via a six-speed manual or seven-speed automatic transmission. When equipped with the available Z51 Performance Package, Chevy says the Stingray is good for a 0-60 mph run in just 3.8 seconds, and that’s only a few tenths slower than the Corvette’s previous ZR1 version that was priced at well over $100, 000.

Otherwise, the 2014 Corvette Stingray is lighter in weight but is more structurally rigid than before, with an ideal 50/50 front-to-rear weight ratio that, combined with updated steering and suspension systems and the latest chassis control systems, promise truly tenacious handling. A new Drive Mode Selector allows the driver to tune 12 separate performance attributes according to five different driving situations, including one for use on wet roads and another that enables the engine to run on only four cylinders to garner maximum fuel economy. Shoring up one traditional weakness from the previous generation, the 2014 Corvette Stingray’s revamped interior is driver focused and makes extensive use of high quality materials for a far richer look and feel.

What luxurious sports cars do they make in Italy?

Ferrari is an Italian sports car manufacturer based in Maranello, Italy.

What is a luxury sports car from Romania?

Dacia has a line of luxury sports cars. Thanks and on!