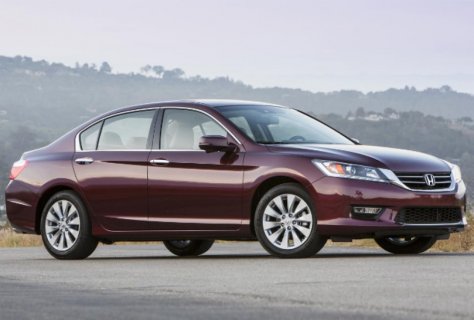 Are cheap cars safer than expensive ones?

New crash tests replicating some of the most deadly head-on collisions show less expensive midsize cars do a better job protecting the driver and front seat occupants than many luxury and near luxury midsize cars.

"This is a surprise to us, " says Adrian Lund, President of the Insurance Institute for Highway Safety. "It shows you don't have to spend a lot of money to get state of the art crash protection." (Read More:.)

The IIHS tested eighteen moderately priced midsize cars and rated two as "good" and eleven as "acceptable." The two cars rated as good by the IIHS are the Suzuki Kazashi and the Honda Accord. Lund credits Honda with making changes to the Accords design and structure so it can better withstand small overlap crashes. (: )

Honda's Advanced Compatibility Engineering, also known as ACE, is the key the Accords rating of good. "The idea is to dissipate the crash energy while reinforcing the passenger cabin so the car can better withstand the impact, " says Chuck Thomas, Chief Engineer of Auto Safety Research for Honda.

Here are the rankings of the midsize cars.

Adrian Lund was not surprised the Toyota Camry and Prius V both rated poor in the small overlap crash test. The Camry is based on the same platform as the Lexus ES, which is one of four luxury midsize sedans rated as poor during the same type of crash tests conducted this summer. "I think Toyota has dropped the ball a bit, " says Lund. "Toyota has not been as aggressive as other automakers staying up to date on occupant safety."(:)