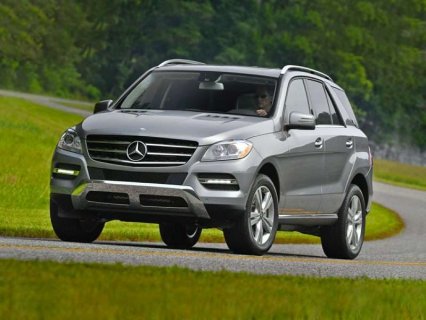 It’s a NEW ASTON MARTIN! “The Price is Right” Offering Up $500K in Luxury Cars This Week

The creative purgatory that is daytime broadcast television—with the Dr. Phils, Judge Judys, and the like clogging the airwaves—serves only to inform alien spacecraft that Earth is not worth visiting. But there’s a bright spot in the form of The Price is Right, and this week the show is attempting to give away more than $500, 000 in luxury cars in one week.

The show’s producers have chosen wisely for their “Dream Car Week, ” which started today and runs through Friday. First up was a Porsche Cayenne—which was won—and a Range Rover Sport SE, Maserati Quattroporte S Q4, Tesla Model S, and even an Aston Martin V8 Vantage roadster are on tap.

Kiss a frog and it becomes a prince. Rub your hands on a #Porsche and poof, it's yours! #PriceIsRight #DreamCarWeek

— The Price Is Right (@PriceIsRight)

Were we in charge, we’d clear the entire stage for another shot at winning the black Ferrari 458 Spider the show promoted in March 2013 (and which one almost-lucky contestant failed to bag) or another example of the sick black-on-black Audi R8 Spyder a Washington lady did win in December. We’d kiss host Drew Carey on the lips for those sorts of prizes.

Now in its 42nd season, the The Price is Right has given away more than 8000 new cars since 1972. But good luck brings even greater taxes: Since the cars are technically prizes, the IRS classifies them as income on the winner’s tax returns, in addition to the applicable state sales tax and registration fees. It’s still a damn good deal on a new Aston, but for anyone not making decent money—i.e., most everyone watching The Price is Right in the middle of a workday—it’s tougher to drive off the show’s glittering Los Angeles stage without some trepidation. We’re sure most people would trade places anyway.

Catch The Price is Right at 11 a.m. Eastern or 10 a.m. Pacific on CBS to find out whether contestants drove away in the rest of the sweet rides—or if they heard this.