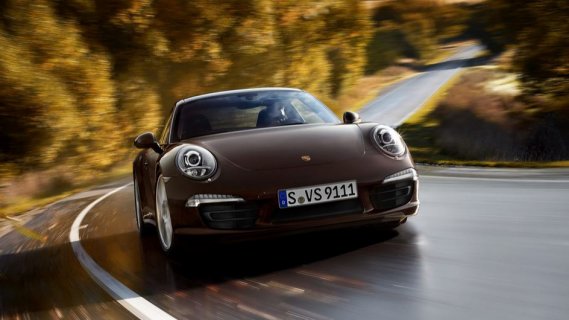 NEW YORK - When the doors opened at this year's New York International Auto Show, CBS News got a sneak peek at the latest state-of-the-art automotive technology and design. CNET Editor-at-Large Tim Stevens took a tour the insides of two of Detroit's top sedans - Cadillac and Lincoln.

One of Cadillac's luxury cars that debuted was its latest flagship model, the 2016 Cadillac CT6. With 400 horsepower under the hood, there's more to the car than its modern, breathtaking exterior.

"On the inside of course there is leather everywhere, but there are also some racier touches, " Stevens said, pointing to the brushed aluminum trim and carbon fiber on the dashboard.

But the more interesting thing is its latest in-vehicle Cadillac User Experience (CUE) infotainment system, Stevens said. CUE pairs data from Bluetooth-enabled mobile devices, USBs, SD cards and MP3 players with the system. Through the 8-inch touchscreen in the car, the users can navigate through the functions, which include receiving and sending text messages, or even streaming audio.

Another American luxury car that had crowds of people hovering towards it was the Lincoln Continental.

"It shows us a new direction of design for Lincoln, " Stevens said. "It's long and low, and it's beautiful. It's kind of radical looking compared to current Lincolns."

Even more radical is the interior design. Inside the Continental, the rear seats are inspired by luxury air travel. The seats can recline, while simultaneously the front seat moves out of the way to make room. On the center console, a work table pops up. As icing on the cake, the car comes with leather loafers that are tucked away in the back pockets.