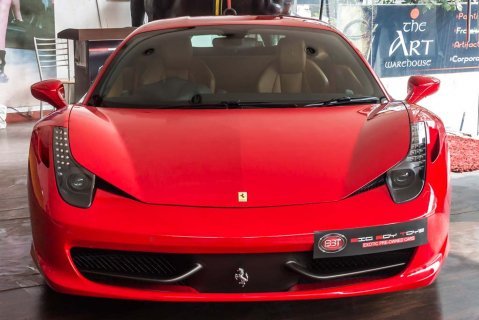 The recent announcement from German-automobile manufacturer Mercedes-Benz India to launch a pre-owned cars under the brand, Mercedes-Benz Certified signaled the growing trend of owning pre-owned luxury cars among users.

Mercedes-Benz sold 1, 700 cars in the period January-September this year, a growth of nearly 40 per cent compared to the same period last year. The top choice among buyers was the E Class luxury sedan followed by the more affordable C Class, according to a top company official.

"We have a market share of around 40 per cent in the organised used luxury space. This means the market for used luxury cars in India is around 4, 500-5, 000 units annually. There has been a tremendous growth in this market in the last few years", added Eberhard Kern, MD & CEO, Mercedes-Benz India. The number two German car maker buys used luxury cars and sells them to customers before doing a 120-point check refurbishment.

The demand for the pre-owned luxury cars has been growing in sync with new cars. For every new Mercedes, Audi or BMW sold in India, there’s a second-hand luxury car changing hands somewhere in this country.

High depreciation—as much as 30 per cent in six months—makes used luxury car purchase an attractive proposition. According to online auto marketplace Cartrade.com, the trend is particularly visible in small cities and towns, where the newly rich who want to be part of the elite club of luxury car owners would rather buy used vehicles that cost much less.

"There is a rising demand for pre-owned luxury cars not only in metro cities, but also in tier-I and tier-II cities. It is growing at 50 per cent annually. The Indian pre-owned car market is of 2.5 lakh units per month. The luxury car contributes around 3 per cent of the total pre-owned car market, ” says Vinay Sanghi, founder and CEO, Cartrade.com.