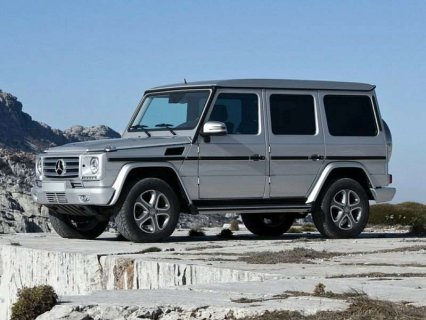 Who knows what really happened in the series of bizarre automobile accidents involving US Secretary of Commerce John Bryson, as reported by the LA Times today. But shouldn’t we be appalled that the US Commerce Sec’y is driving a foreign car – a Lexus of all things? Evidently, a Cadillac is not good enough for him, despite the taxpayers having bailed out General Motors for an astronomical amount they will never recover.

Bryson was driving a Lexus in the 400 block of South San Gabriel Boulevard shortly after 5 p.m. Saturday, when he allegedly rear-ended a Buick as it was waiting for a train to pass, according to a statement released by the L.A. County Sheriff’s Department and the San Gabriel Police Department.

After briefly stopping to talk to the three men inside the Buick, Bryson left the location in the Lexus and then struck the Buick a second time, authorities said. The men followed Bryson’s car and called 911 to ask for police assistance.

Bryson continued to drive his Lexus into Rosemead, which is patrolled by the Los Angeles County Sheriff’s Department. There, he allegedly crashed into a second vehicle near the intersection of San Gabriel Boulevard and Hellman Avenue.

@PMOIndia @TimesNow :Make in India is slogan of Modi govt. Then why the BJP Ministers &top office bearers are using Foreign make luxury cars Fri, 22 May 2015 11:53 AM