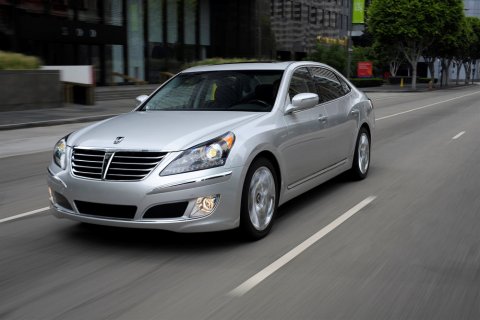 Over the years, we have heard a lot of gripes about unreliable luxury cars.

Lamborghini’s LM002 “had the durability of a potato chip, ” one car-industry analyst remarked. Your typical Land Rover, one reader wrote, is “as reliable as a drunken house painter.”

And there are entire Web sites dedicated to jokes about Lucas, the company which used to supply mediocre electrical components to Jaguar, giving the automaker’s build quality a miserable reputation that has endured for decades (”Q. Why do the English drink warm beers? A. Because they have Lucas refrigerators”).

In other words, if you buy a luxury car, don’t expect it to be trouble-free.

But some brands, particularly Japanese luxury automakers, are known for immaculate manufacturing. At the start of this year, half of the market’s 16 most-reliable luxury cars — the models which earn Consumer Reports’ highest marks for predicted reliability and/or J.D. Power’s highest marks for manufacturing quality — were Japanese, including Toyota Motor’s $61, 000 Lexus LS flagship sedan, which the carmaker just overhauled.

Dependable Drive
The new LS is the fourth generation of the car since Lexus introduced the line in 1989, and it has garnered more awards for quality than any other luxury car, says Lexus. It has also won J.D. Power’s Vehicle Dependability Index study every year it has been eligible.

Lexus builds five of the 16 most reliable luxury cars. Its slogan used to be “the relentless pursuit of perfection, ” and it wasn’t just lip service.

While the company has world-renowned manufacturing methods, “the pursuit of perfection” is implanted so vigorously into Toyota’s corporate culture that Lexus engineers its trademark reliability into cars before they ever hit the factories. The company’s designers and engineers have mastered the science behind the creation of reliable vehicles, and they don’t need to wait to see how their technology and engineering will hold up on the actual cars, at least not to the extent that other manufacturers do (to test things out, other automakers need to build more pre-production prototypes than Lexus does).

Increasing Competition
Given Toyota’s merits, we were surprised to find that several other luxury cars compare favorably with Lexus’ models, despite being issued by companies that are hardly Toyota-like.

DaimlerChrysler’s Mercedes-Benz subsidiary, for example, has had reliability issues resulting in massive recalls and dreadful Consumer Reports ratings. However, J.D. Power has given two of the carmaker’s vehicles (the SL and SLK convertibles) its highest marks for manufacturing quality. Power reports that SL and SLK owners, within 90 days of taking delivery of their new cars, are seeing very few problems with features, accessories, interior components and body quality. Could Mercedes finally be tackling its quality-control issues?

We’re asking the same question of other German cars this year. In general, they are known for having technology that is prone to failure because of its complexity. Yet we were surprised to see cars by Mercedes, BMW and Porsche on our list this year.