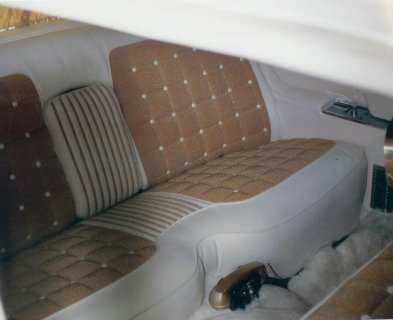 Mercedes-Benz rolls out the gold carpet in Cannes

Mercedes-Benz and AMG at the Cannes Film Festival: Golden fleet for the 65th Palme d'Or

Stuttgart/Cannes. Star quality befitting the anniversary of the Cannes International Film Festival: to celebrate the awarding of the 65th Palme d'Or (Golden Palm), Mercedes-Benz and Mercedes-AMG are providing a fleet of shuttle vehicles in gold. Mercedes-Benz and its performance-brand AMG will also be creating a unique automotive experience by supplying other shuttle services, showcasing vehicles and offering exclusive test drives to guests and visitors to this year's film festival from 16 to 27 May 2012.

As a tribute to the 65th anniversary of the Palme d'Or, the golden Mercedes-Benz fleet will be driving through Cannes offering VIP guests of the film festival an outstanding shuttle service. A very special star will also be shining at the legendary Cinema Against AIDS Gala being organised by the amfAR foundation at the Hotel du Cap-Eden-Roc on 24 May: a gold Mercedes-Benz SL 65 AMG "45th Anniversary". The iconic SL sports car celebrates its 60th birthday this year, while the AMG performance brand turns 45. Mercedes-Benz is co-sponsor of this top-class gala, which is one of the most prestigious events held during the film festival. Shuttle vehicles provided by Mercedes-Benz will ensure attendees make a spectacular entrance when they arrive on the red carpet.

AMG, the high-performance division of Mercedes-Benz, is sponsoring the legendary "Le Club by Albane" at the J.W. Marriott hotel and the "IWC Filmmakers Dinner" at the Hotel du Cap-Eden-Roc on 21 May 2012. For both events, the brand will be providing an exclusive shuttle service featuring various vehicles to ferry guests to the red carpet. The new Mercedes-Benz SL 65 AMG "45th Anniversary" will likewise be on show at the "IWC Filmmakers Dinner".

Every day throughout the festival, Mercedes-AMG invites guests and visitors to experience true "Driving Performance" on individual test drives along the French Riviera in various current AMG models. Interested parties are welcome to register for a test drive between 11 a.m. and 4 p.m. daily at the AMG desk in the lobby of the Hotel InterContinental Carlton Cannes from 16 to 27 May 2012. Throughout the festival, a Mercedes-Benz SL 63 AMG will be on display outside the hotel – in keeping with the festival, the vehicle will be staged on a film set.

Get a Car with Fast Financing Even with bad credit problems

How to Buy a Car With Bad Credit

Need to know how to buy a car with bad credit? Fortunately, some vendors are willing to work with those with less than stellar credit. While you will likely have to pay more for a new car than someone with excellent credit would, purchasing a car while you have bad credit is one way to boost your credit score and prove you can make payments on time.