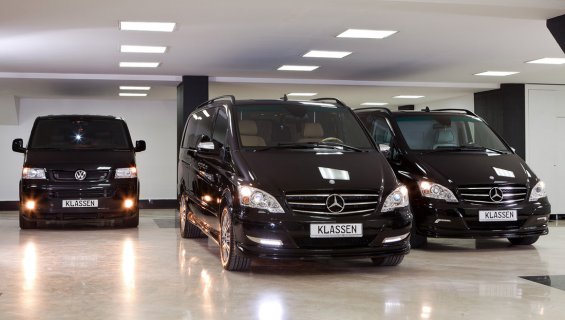 Bayerische Motoren Werke AG backed the German government’s goal to have 1 million electric cars by 2020 on the country’s roads, a week after Volkswagen AG said the target is achievable under broader terms for alternative drives.

Developing the European Union’s electric-vehicle market will need the backing of authorities, though official support in the bloc is lagging behind initiatives in the U.S. and China, BMW Chief Executive Officer Norbert Reithofer said today in a speech at an industry conference in Munich.

“I hope the ongoing discussions between national governments, the European Parliament and the European Commission lead to a package that’s viable, ” Reithofer said at the conference sponsored by Handelsblatt newspaper. “At the moment, the commission’s proposals don’t offer incentives to speed up introduction of alternative drives.”

Carmakers are promoting electric-powered models to comply with tightening regulations that apply to their fleets’ emissions across the globe. Munich-based BMW, the world’s biggest maker of luxury vehicles, is putting the 34, 950-euro ($48, 200) all-electric i3 city car into showrooms in Germany next month.

VW CEO Martin Winterkorn said last week that the Wolfsburg, Germany-based manufacturer, Europe’s largest volume carmaker, will “contribute” to the German goal for electric vehicles to play a larger role in the market by 2020. Authorities’ plans are feasible as long as they include plug-in hybrids, which can switch between rechargeable battery power and conventional combustion engines, as the models offer the biggest market potential, he said.

Volkswagen outlined plans in September to offer as many as 40 electric or hybrid models in the event that demand for low- emission cars takes off. The manufacturer will produce 14 vehicles with alternative drive through next year after introducing electric versions of the Golf hatchback and Up! city car at the Frankfurt auto show last month. VW also showed new plug-in hybrid versions of the Porsche brand’s Panamera four- door coupe and Audi’s A3 compact.

Corporate enthusiasm for alternative-drive engines has failed to translate into significant sales amid consumers’ concerns that powering systems offer only limited distance before a recharge is required and objections to higher prices.

Purely or partly battery-powered vehicles accounted for 4, 157 new car registrations in Germany in 2012, about twice as many as the year before, according to the VDA auto-industry association. Germany’s new car market amounts to about 3 million vehicles a year.

Volkswagen’s e-Up! went on sale in Germany this month for 26, 900 euros. The model is “deliberately positioned” against BMW’s i3, Rudolf Krebs, head of electric-powertrain technology at VW, said on Sept. 4.

BMW presented the i3 at the Frankfurt show, as well as a plug-in hybrid version of the X5 sport-utility vehicle. Reithofer reiterated today that the i8 plug-in hybrid sports car will be added to BMW’s lineup in 2014.