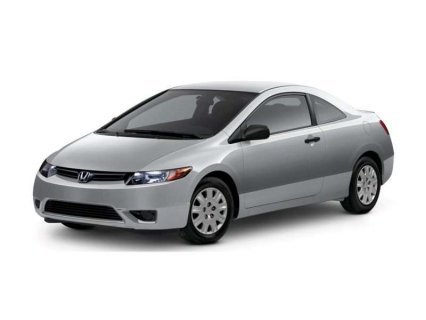 Are you looking for advice on buying your next luxury car. Call us today at Highline Automotive. NCR’s leading car buying service offering you the right advice and assist you to find the right car at the best possible price.

A Luxury Car buying experience with unlimited rewards and benefits.

We save buyers more money every month. You can save it too. Call us today at Highline Automotive know more

India’s luxury car market has grown eight times in the last seven years from 4, 000 units in 2007 to 33, 000 units in 2014. But, say top luxury car experts, the number is expected to hit 100, 000 units by 2020.Like other high-growth emerging markets such as Brazil, Mexico and Russia, the luxury car market in India too has shown stronger growth than the mass market segment, which has been buffeted by the slowdown in 2012 and 2013. Despite the lean period, top luxury brands like Audi and Mercedes Benz have grown at double-digit pace, making India one of the “strategic markets” in Asia.
Said Eberhard Kern, MD, Mercedes Benz India: “We are bullish on the potential of the Indian market and estimate that the current luxury car industry volumes in India could cross 100, 000 units by 2020.” This despite the fact that the Indian luxury car market has grown by merely 1, 000 units in 2014. Others like Audi India MD Joe King believes that the Indian luxury car market will “at least double” by 2020 and should actually do much better than that. “The market has grown eight times in the last seven years, ” he added. “Typically, the premium segment displays a better dynamic than volume segment in many BRIC markets including India.”

A chunk of this future growth could come from markets miles away from the metros. Said Philipp von Sahr, president, BMW Group India: “Along with the metropolitan centres, we foresee growth potential among the young achievers, predominantly from tier 1 and tier 2 cities, which have a dynamic attitude and are technology savvy.”

Understandably, India’s luxe take-off is prompting the big three in the business to do some strategic thinking. Mercedes Benz, for example, has doubled production capacity to 20, 000 units annually and with fresh investments, increased its total tally to Rs 1, 000 crore. “This makes Mercedes-Benz the luxury car brand with the highest installed capacity in India, ” said Kern. And while Audi officials are still tight-lipped on the investment question, sources say it’s a matter of time before the details are firmed up.

Meanwhile Audi global head of marketing and sales Luca de Meo said: “India is a strategic market for Audi and the fourth top market in Asia after China, Japan and South Korea. We have a 34% share of the Indian market which is among the highest for us globally.” Audi has a similar market share in China where as Brazil, its other growth market, is lower at 32%, said de Meo. That’s the reason Audi is taking a “long-term” position on India.

As for BMW, India may not be among its high-volume single markets yet, but, said von Sahr, “the future belongs to India. If you want to benefit from the dynamics of the Indian market later, you need to act today.”

BMW already has a manufacturing plant in Chennai and has so far invested over 51.8-million euros here. Its current focus is on local component partnerships which will play “a significant role in the future strategy of BMW Group in India, ” said von Sahr.

Audi and Mercedes Benz have gone neck-and-neck in India with a slim margin between them. “Amid all the luxury brand, Mercedes-Benz India showed the strongest performance and grew by 13% ahead of the industry growth of 4%, ” said Kern. “This was also the second consecutive year Mercedes-Benz India grew in double digits.” Already India is “one of the top emerging markets” for Daimler and has a “strong potential to be in Daimler’s Top 10 markets in the foreseeable future, ” added Kern.