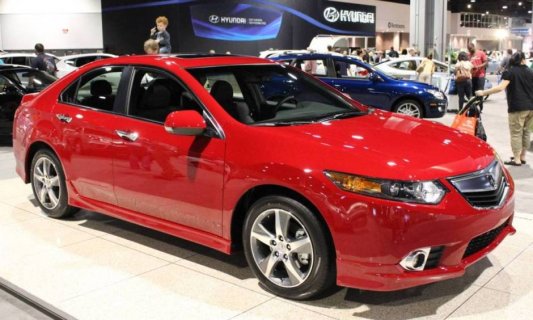 The 2015 Acura RLX has a hushed ride and spacious back seat, critics say, but they note it doesn't set itself apart from competitors in either performance or luxury.

The 2015 RLX comes standard with a V6 engine. Reviewers say it provides decent power for day-to-day driving, but overall they find the RLX doesn't have the punch of its competitors, many of which provide turbocharged or supercharged engines with stronger acceleration. A six-speed automatic transmission is mated to the V6. Earning an EPA-estimated 20/31 mpg city/highway, the 2015 RLX gets good fuel economy for the class. Most test drivers say the front-wheel drive RLX is tuned more for comfort than nimble handling, and most agree that, while it has sharp steering, it isn't as engaging to drive as rivals, many of which have rear- or all-wheel drive. Some critics also comment that the RLX sometimes has an uncomfortable ride over rough roads.

The cabin of the 2015 RLX earns critics' approval with its soft-touch materials and good build quality, but some note the RLX's interior can't match its rivals for luxuriousness. Several test drivers say the front seats are supportive, but others say that over long trips they become uncomfortable. They concur that the RLX provides ample rear-seat space. The RLX doesn't have as much trunk space as most rivals. Standard features include lane departure warning, forward collision warning, Bluetooth and a USB port. Major options include a 14-speaker Krell audio system, navigation, adaptive cruise control and GPS-linked tri-zone automatic climate control. Most critics note that the navigation and audio systems are easy to operate, though they think the display screens for these systems could be sharper. The Krell audio system earns praise for its rich sound quality.

Other Cars to Consider

The Cadillac XTS has a larger trunk than the RLX, and reviewers are impressed with its comfortable ride and spacious cabin. The XTS is available with all-wheel drive, and test drivers find that the Vsport model delivers very robust acceleration.

The Audi A6 earns praise for its composed handling and impressive power from its optional supercharged V6. Test drivers comment that the A6 has a very attractive cabin, and it is available with all-wheel drive.

The 2015 Acura RLX seats five and has front-wheel drive. A 3.5-liter V6 engine and a six-speed automatic transmission are standard. The Acura RLX comes in one trim and is available with four different packages that add features. The RLX debuted for the 2014 model year and sees few changes for 2015. As a result, this overview uses applicable research and reviews from the 2014 and 2015 model years.

Is the Acura a luxury car

Yes Acura is a luxury car. That is why they are so pricey, they come with style and they are very fast,

In the world of luxury cars, is there any prestige with owning an Acura? | Yahoo Answers